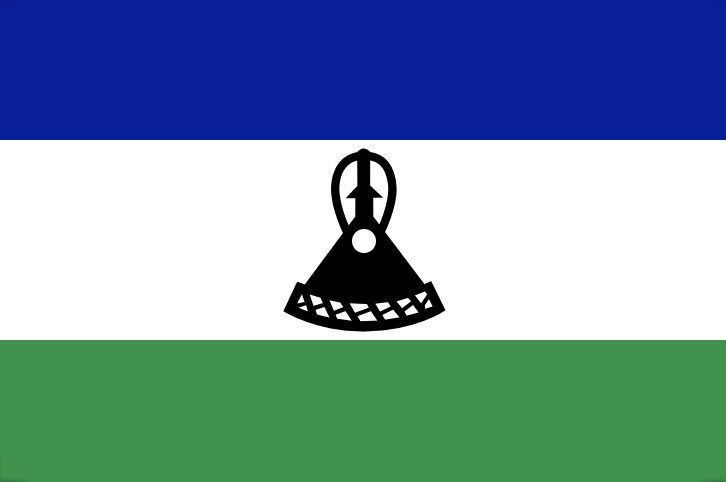 Lesotho is a Kingdom and country in Southern Africa. A scenic land of tall mountains and narrow valleys, Lesotho owes a long history of political autonomy to the mountains that surround it and protect it from encroachment. Since the Neolithic Period, the mountain kingdom was the domain of Khoisan-speaking hunter-gatherers. In the 19th century the Sotho, led by Moshoeshoe I, took control of the region. It remained independent until it became a British protectorate, one of three British High Commission Territories (the others

being Bechuanaland [now Botswana] and Swaziland).
Completely encircled by the Republic of South Africa but separated from it by forbidding mountain ranges, Lesotho has endured decades of turbulent politics, periodic economic crises, and grinding poverty since gaining its independence from Great Britain in 1966. Tourism and revenues from the country’s diamond industry have helped to improve material conditions, and the capital, Maseru, has grown to become one of Southern Africa’s most attractive cities. 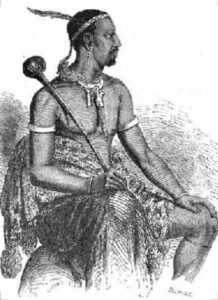 Moshoeshoe I, original name Lepoqo, was born c. 1786, near the upper Caledon River, northern Basutoland [now in Lesotho] and died March 11, 1870, Thaba Bosiu, Basutoland). King Moshoeshoe is the founder and first paramount chief of the Sotho (Basuto, Basotho) nation. One of the most successful Southern African leaders of the 19th century, Moshoeshoe combined aggressive military counteraction and adroit diplomacy against colonial invasions. He created a large African state in the face of attacks by the Boers and the British, raiders from the south east coastal lowlands of Africa, and local African rivals.

Moshoeshoe was the son of Mokhachane, the chief of the Mokoteli. As a young man, Moshoeshoe—then known by his post circumcision name of Letlama (“The Binder”)—won a reputation for leadership by conducting daring cattle raids. In early adulthood he took the name Moshoeshoe, an imitation of the sounds made by a knife in shaving that symbolized his deft skills at rustling cattle. His acquaintance with the chief Mohlomi, who was revered as a wise man, strengthened his capacity for generous treatment of allies and enemies alike. 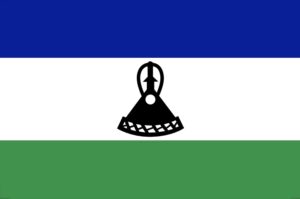 In the late 1810s and early ’20s, European land invasions, labor needs, and trade heightened Southern African disturbances and led to migration in the region. Moshoeshoe led his people south to the nearly impregnable stronghold of Thaba Bosiu (“Mountain at Night”) in the western Maloti Mountains, where his following expanded to other African peoples attracted by the protection, he was able to provide. He eventually united the various small groups to form the Sotho nation, called Basutoland by English-speaking persons. He strengthened his new nation by raiding local Tembu and Xhosa groups for cattle and adopting the use of horses and firearms. In the cold Highveld he was able to defeat mounted Griqua and Korana raiders with his own mounted cavalry and expanded his control into the Caledon valley.

In 1833 he welcomed missionaries of the Paris Evangelical Missionary Society (though he never became a Christian himself), and he used them to cultivate good diplomatic relationships with British politicians in Cape Town. Moshoeshoe’s greatest threat (and opportunity) came with the Boer invasions—the Great Trek—after the mid-1830s. The rival Boer and Sotho groups fought for control of the fertile farming lands of the Caledon valley, with the British arbitrating by drawing boundary lines that at first favored but then disadvantaged the Sotho.

Contributor: The Editors of Encyclopaedia Britannica

The Sotho (also known as Basotho) form most of the country’s population. They were originally united by a common loyalty to the royal house of Moshoeshoe I, who founded the Sotho nation in the 19th century. Lesotho is also home to a Zulu minority, a small population of Asian or mixed ancestry, and a European community that is dominated by expatriate teachers, missionaries, aid workers, technicians, and development advisers. 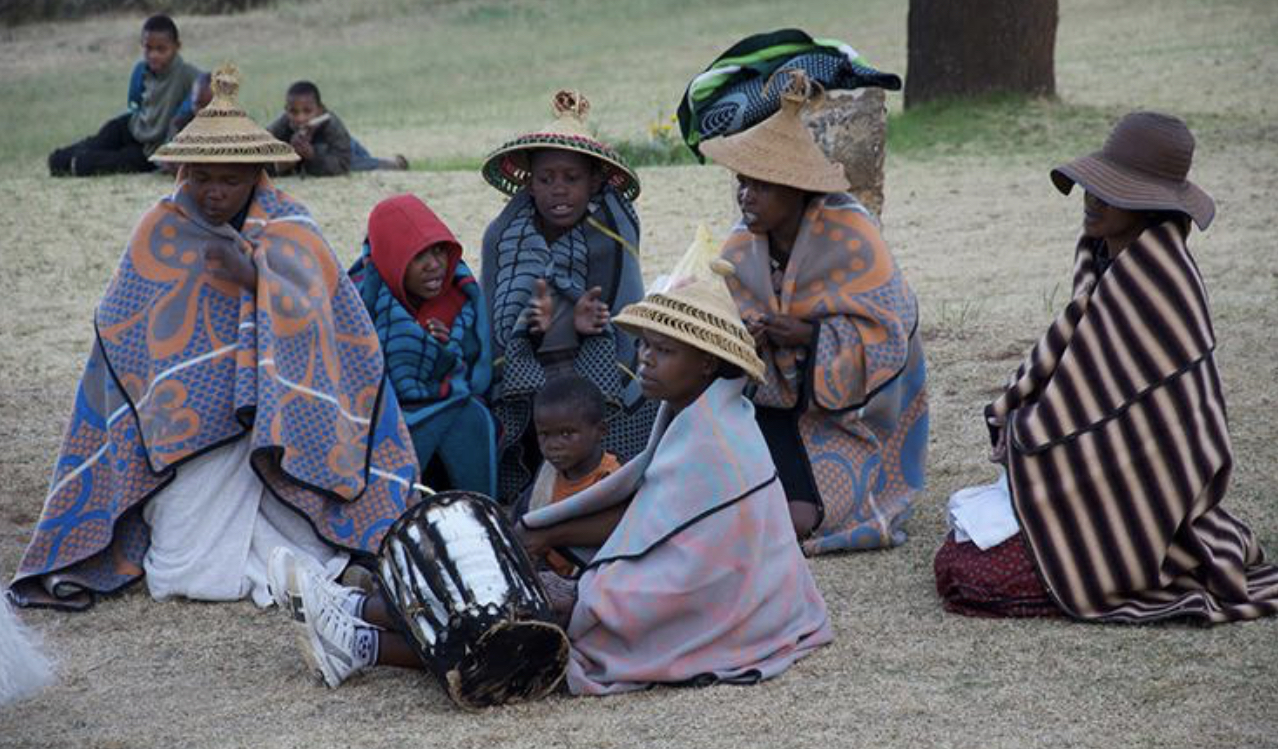 The country forms an enclave within South Africa, bordering on three of the latter’s provinces—KwaZulu-Natal, Free State, and Eastern Cape. Like only two other independent states in the world (Vatican City and the Republic of San Marino), Lesotho is completely encircled by another country, on which it must depend for access to the outside world. 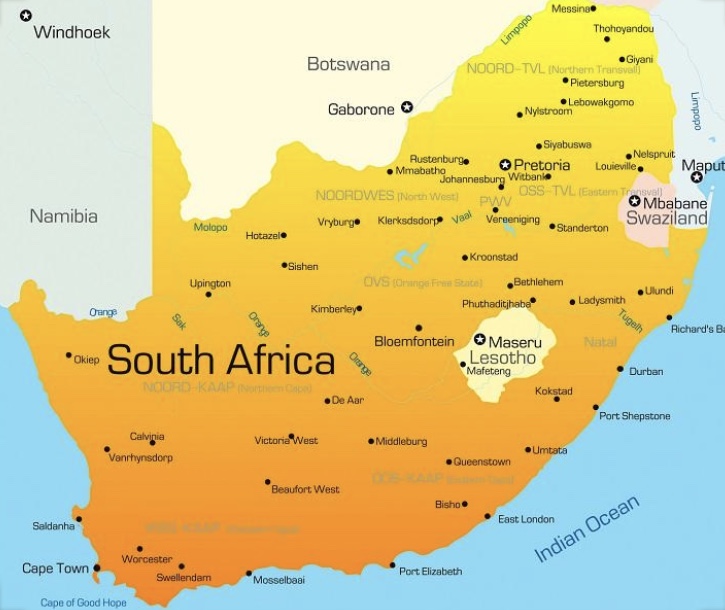 Temperatures in the lowlands reach as high as 90 °F (32 °C) in the summer and plunge to 20 °F (−7 °C) in the winter. In the highlands the temperature range is much wider, and readings below 0 °F (−18 °C) are not unusual. Frost occurs widely in the winter when the Maloti Mountains are usually snowcapped. 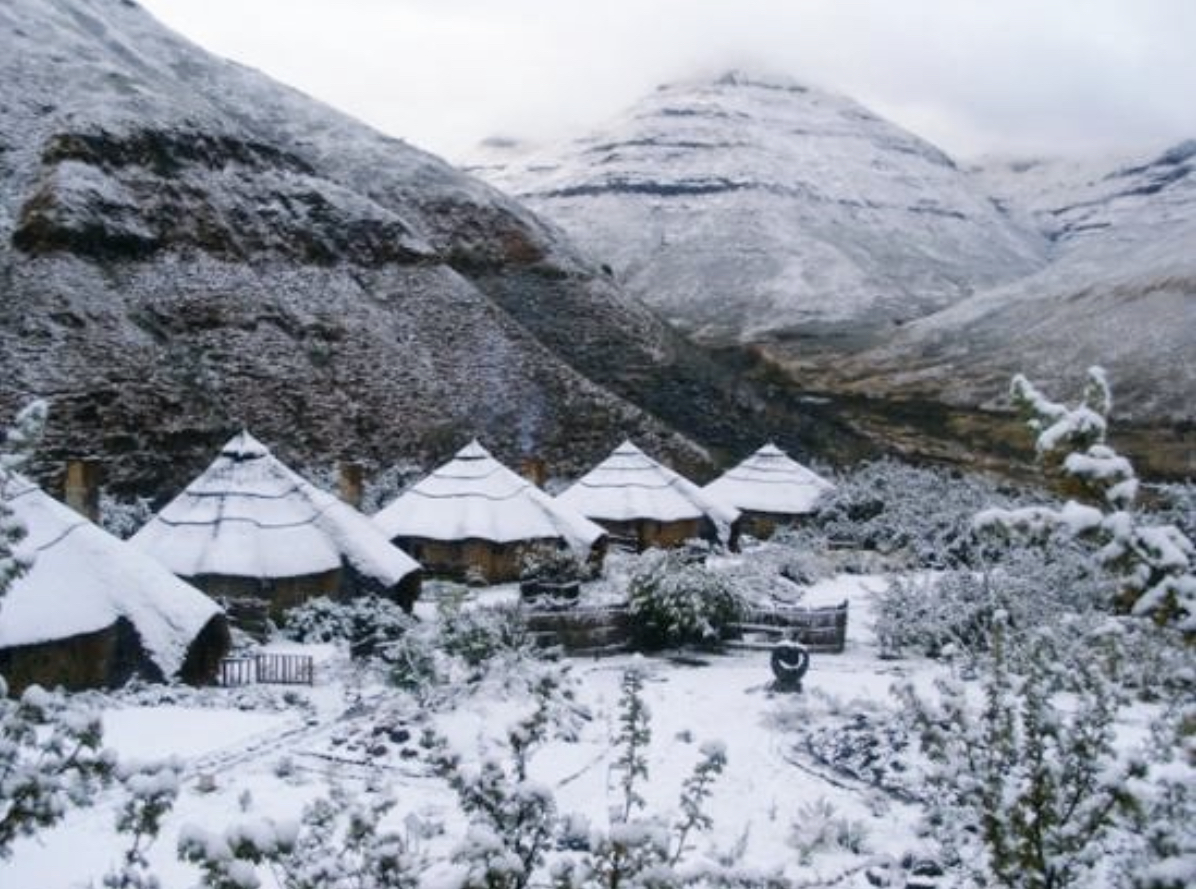 Lesotho is largely covered in grasses, although trees also appear on the landscape. Indigenous trees include Cape willows, cheche bush (used for fuel), and wild olives. Other willows and white poplars have been introduced into the country. There are many indigenous species of aloes, which are commonly found in the cooler, wet areas.

In the mid-19th century, zebras, wildebeests, ostriches, and lions could be found in the country. However, hunting and deforestation have mostly cut the populations of large mammals; the last lion was killed in the 1870s. Smaller antelope and hares can still be found, and the hyrax, or dassie, is common. Sehlabathebe National Park in the southeastern highlands near Qacha’s Nek protects such birds as raptors and such mammals as mountain reedbuck and leopards. Lesotho is the last stronghold in Southern Africa of the magnificent bearded vulture, or lammergeier. 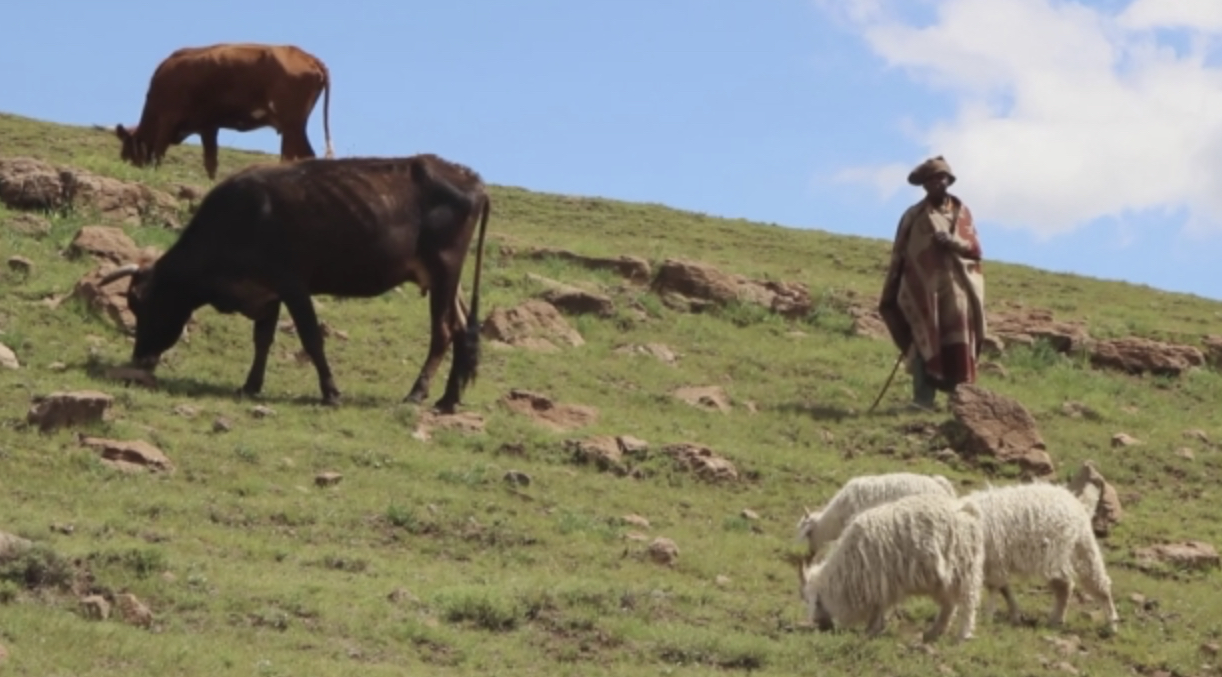 Except for English, all the main languages spoken in Lesotho are members of the Niger-Congo language family. Sotho (Sesotho), a Bantu language, is spoken by most of the population, though both Sotho and English are official languages in the country. Zulu is spoken by a small but significant minority. Phuthi, a dialect of Swati, and Xhosa are also spoken in parts of Lesotho. 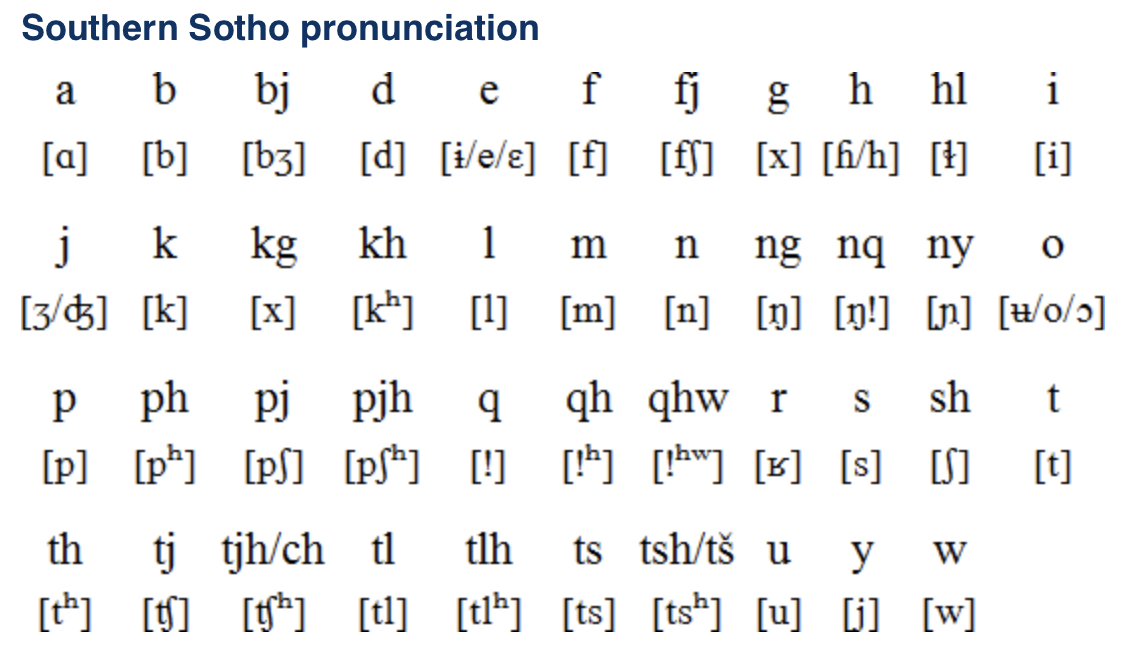